“So, what made you come to Seattle?” Asked our Lyft driver, as she drove through the gorgeous, lush Leschi neighborhood on our way to see Kurt Cobain’s last home.

“Well, you see,” I began to very shamelessly say (as I do), “I’ve always been obsessed with Grey’s Anatomy.” I hadn’t finished my sentence before she began to crack up. It was all fun and games until she said El Paso smelled like moldy towels and I was DONE with that rude ass lady. 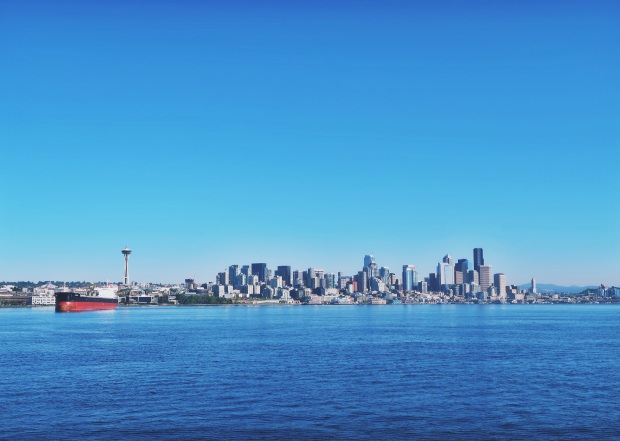 But it’s true. No, not the moldy towel thing. That’s a ridiculous lie. Visiting Seattle had been a bucket list item since I was prepubescently obsessing over McDreamy and crying during every nine out of 10 episodes. At 26, and still crying over the better part of almost every episode, I got to cross Seattle off my list. 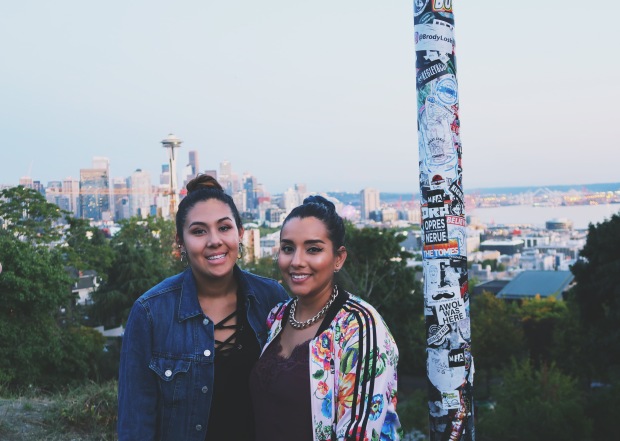 I adored that even though it’s a relatively large city, it doesn’t really feel like a big city. Unlike New York, where it feels like your personal space has never actually existed. But just like in New York, there are SO many things to do and see in Seattle.

Since it was both me and my friend Jasmin’s first time in Seattle, we wanted to do and see as much as we physically could fit into three days. So we purchased a Seattle City Pass for $80 that included entries to the Space Needle (day &  night visits), the Seattle Aquarium, an Argosy Cruises Harbor Tour, the Museum of Pop Culture (AKA MoPop) or Woodland Park Zoo, and the Chihuly Garden and Glass or Pacific Space Center. If you add the prices for each of those, it comes out to well over the price of the City Pass — so it was definitely ideal for first timers like us!

I absolutely fell in love with MoPOP and it’s now in my list of favorite museums, along with the Louvre Museum in Paris and MoMA in NYC. As an avid pop culture consumer, this museum, dedicated to pop music, science fiction and popular culture, was definitely my cup of tea. It’s a must-see fucking cool-looking building designed by Frank Gehry.

Two areas of the museum really connected with me. The first was the drool-worthy exhibit of Mick Rock’s photos of none other than the legendary David Bowie. The second one was the Sound Lab — an area with a bunch of soundproof rooms where you can go in and jam out as loud as you want. Each soundproof room has different instruments, and there’s honestly no feeling like simply JAMMING OUT as if you were actually in a rock band (well, more like as if you could actually play an instrument).

Our Airbnb was located in a nice apartment complex in the lovely and insanely hilly area of First Hill. My friend Arleen had mentioned how hilly the area was, but I totally wasn’t expecting to disgustingly sweat through my sweater the first day I arrived and walked up those murderous hills with my luggage on my back. I felt like a sweaty, gross champ as I plopped like a poop on the bed when we finally arrived at the apartment.

Another gem of the trip was Kerry Park at dusk (again shout out to my friend Arleen for suggesting this one to me). When I tell you that it’s a sight to fall in love with, believe me, it absolutely is. And you can’t forget the gorgeous Victorian-style houses of Queen Anne that surround you while you gawk at the gorgeous sunset and skyline. Some of these fancy ass houses are valued at multiple millions of dollars ($$$$FUCK$$$).

One of our Lyft drivers (by the way, this isn’t sponsored by Lyft; hashtag not spons) said you can find some of the best Thai food in the U.S. in Seattle. And if you know me, you know I’m a lifetime supporter of Pad Thai. So we had to have some bomb ass and moderately priced Pad Thai at Mantra Thai Restaurant about a block away from the Space Needle — 10 out of 10 recommend as fuck!

One of my internet friends, Lauren from Lauren Without Fear, said the Space Needle was kind of overrated … and I kind of agree? I mean, it was good to see it and now I can say it’s done and done. But I don’t think I’d go again. Especially when you get a view that’s just as awesome for free from Kerry Park.

Of course we hit up Pike Place Market because what kind of trip to Seattle doesn’t include a visit to the unmissable sight. Although I was done with it in about .05 seconds because the amount of people you have to deal with requires much more patience than I was graced with at birth. The Gum Wall is in an alley below the market, which we saw on our way to the Seattle Aquarium.

The aquarium has otters. Need I say more?

Capitol Hill was my favorite area of Seattle (Queen Anne coming in at a close second). It’s got the right amount of hipster-but-still-cool atmosphere that I totally could live in. I recommend getting some Unicorn Jizz at Unicorn Bar or a Space Dust IPA at the Elysium beer hall and restaurant, both in Capitol Hill, to wind down for the night. Also hit up Everyday Music to try your luck at finding some badass records or spend more than an hour at Elliot Book Company, ’cause books. And then top it off with a yummy af cheeseburger and fries from Dick’s Drive In. Don’t tell anyone, but I like Whataburger better.

All in all, Seattle is a must-visit city and I definitely can’t wait to come back and see more of it! If you want to see more of my adventures in Seattle, check out the travel vlog below!

2 thoughts on “Meet Me at Kerry Park at Dusk.”

I write. I travel. I obsess about skincare, unicorns and astrology. This is just my little space to talk about it all. You should stick around!